GIVE TIME TO WHAT MATTERS

Santa Rosa cultivates this maxim in order to offer Argentinian consumers fine Italian-inspired cheeses such as Provolone or Reggianito. From maturing time to tasting time, patience is key to enjoying them!
DID YOU KNOW?

The Santa Rosa brand is a tribute to the founder’s aunt, Otto Eduardo Bemberg. Although the plant was born on April 1st, 1919, its birthday is celebrated on August 30th, the Santa Rosa day! 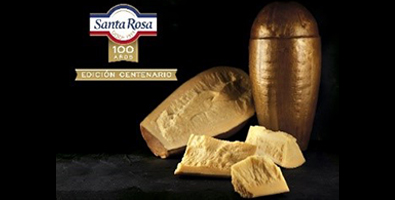 A CHEESE MASTER, MASTER OF TIME

The tradition, quality and time triptych is fundamental in the production of Santa Rosa cheeses. Behind the brand’s products hides its master cheesemaker, Orlando Luciani who was, in 2019, the central character of the hundredth anniversary of Santa Rosa, embodying its know-how and its values.
For an exceptional event, an exceptional creation: the master cheesemaker made two limited edition cheeses for the centenary of Santa Rosa … over time as a best ally for a longer maturing period than usual!

Appreciate the cheese flavors, find inspiring pairings for better tasting: cheese culture can be discovered, experienced and learned. In Chile, Santa Rosa offers to learn about this art with the Santa Rosa Cheese School where lessons are given by specialized chefs. 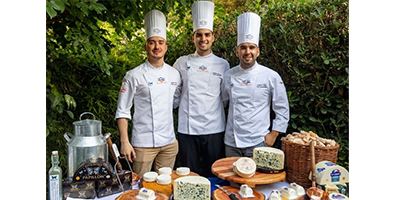 Alouette
With its range of tasty and natural cheeses, Alouette is a hit with American consumers, turning parties, casual occasions and snacking into real moments of pleasure.