is the brand for French cheese worldwide. It gives its name to a range of great cheeses from France such as camembert, brie and roquefort that are exported to many destinations. 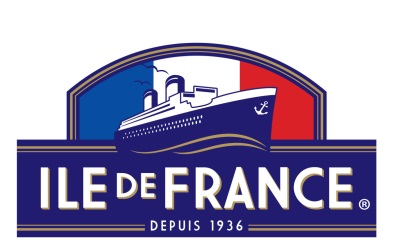 In 2010, UNESCO added French gastronomy to the Intangible Cultural Heritage of Humanity. The Country of 1000 Cheeses, France is renowned worldwide for its age-old expertise; a foundation of its gastronomy, that has helped build the reputation of which it is so proud. The range of French cheeses destined for export worldwide bears the name ILE DE FRANCE as a tribute to the ocean liner of the same name, which, in 1936, was the first vessel to import camembert and brie into the United States. This is a reference to the elegant luxury of the 1930s and the way of life aboard those legendary liners.

A wide range of products

With its brie with a deliciously creamy texture, its traditional Camembert so tasty or its fresh goat cheese slightly salted or flavored,

is perfect for all your friendliness moments!

Polenghi
A traditional cheese brand in Brazil, Polenghi is now synonymous with high quality and innovation. With a wide range of cheese products for all uses and for everyday meals and special occasions alike, Polenghi provides consumers with healthy, delicious and practical products.