The king of Czech soft cheese

Hermelin is a white mould cheese beloved by Czechs and inspired by camembert. What are the main differences
between them? Hermelin taste was adapted to Czech and
Slovak desire. It is soft and creamy, with less distinctive
aroma than French camembert.

Král Sýrů is the Hermelin founder and #1 brand in soft
cheese in the Czech Republic. 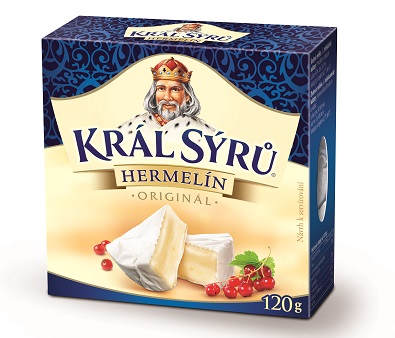 In 1920s the fame of French camembert got to Czechoslovakia. Local famers in a small village of Přibyslav decided to found a new dairy with camembert production. And in the very same dairy, Král Sýrů is produced now – of course with modern expert technology.

Over the years, the taste of cheese was adapted to local conditions and after World War II, Hermelin got its name. The word “hermelin” means “ermine“ in Czech – because the white mould on the cheese looks similar to ermine on kings‘ coats.

In 1990’s the king himself got to the pack design to symbolize the cheese superiority and eventually, the brand Král Sýrů (meaning King of Cheese) was born. 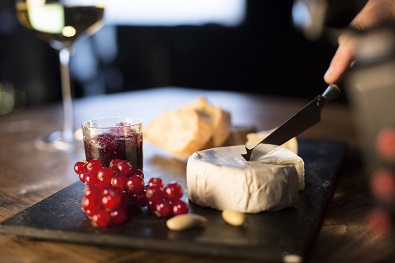 Find our tips at www.kralsyru.cz

Medve
Medve cheese is made of carefully selected quality ingredients. Medve owes its especially fine cheesy taste to the good emmental cheese in its recipe. It can be enjoyed alone or with bread and can also be used for cooking.